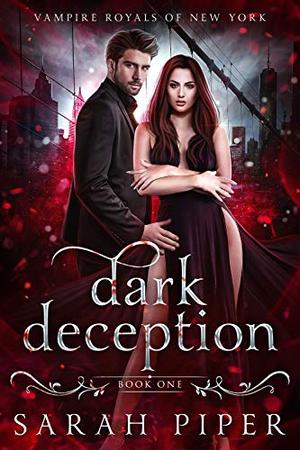 A ruthless vampire king. An alluring crime-family heiress. A dark desire that won’t be tamed…

After the mysterious death of his father, vampire king Dorian Redthorne has more responsibilities than he can count.

Protect what’s left of his family.

And above all, keep his father’s secrets buried… before his enemies discover the royal family’s greatest weakness.

Charlotte D’Amico is a complication he doesn’t need.

She’s a thief. A con woman. An amateur seductress playing a deadly game she’s got no business entering.

But the scent of her blood is intoxicating, her heartbeat a siren call he can’t resist.

As far as he’s concerned, there are only two ways this can end:

He claims her. Or he bleeds her dry.

Falling for her? Not an option. Love is an indulgence the dark king can no longer afford.

Unfortunately, Dorian’s heart is as treacherous as his enemies.

The question is… which will destroy him first?
more
Amazon Other stores
Bookmark  Rate:

'Dark Deception: A Vampire Romance' is tagged as:

All books by Sarah Piper  ❯

Buy 'Dark Deception: A Vampire Romance' from the following stores: