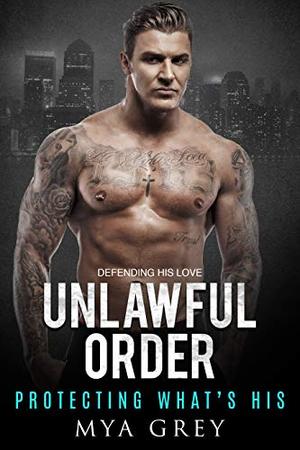 When those closest to her betrayed her, she thought she would always have Ryan by her side. But as she stares at the proof in front of her, she feels shattered and broken.

How could Ryan do this to her? Was she just a means to an end for him? What was his ulterior motive? The questions plague her, and she does the only thing she can – she pushes him away.

Ryan does not understand what is happening. Mysuki is becoming cold and distant, and he is completely lost as to why. A strong wall is coming in between them, and Ryan is afraid that it might tear then apart, once and for all.

It doesn’t help that Haruto is still missing and that Mysuki's enemies are getting stronger day by day.

Haruto has been taken captive, and it seems like there is no escape for him anymore. He bears the torture and accepts his fate. There is no way out of the hell he is in. The only way he is getting out is if he was dead.

Mysuki has two clear and distinct missions for herself. She must go to America in the aftermath of her father’s death to secure a deal with an American businessman who's been laundering for the Yakuza for decades—and she must find out who killed her father and avenge him. In the middle of it all, she must avoid being assassinated, herself. Whoever murdered her father could be coming after her, next.

She doesn’t even have time to grieve for her father. As the daughter of a powerful Yakuza leader, and now struggling to take over that role, she must be cold, aloof, emotionless, and business-minded. She heads to America with Haruto, her non-English speaking bodyguard, determined to secure the deal with the contacts in the States before someone else beats her to it.

Ryan is a bouncer at the club. He’s been discharged from the military for his irrational behavior, and he’s been fired from two other jobs already. If he can’t control his temper, he doesn’t know how he’s going to pay his rent next month. But the worse things get for him, the angrier he gets. His high school sweetheart, Katie, whom he always thought he would marry broke up with him, and he can’t face his father is ashamed of him for getting kicked out sf the military.

'Unlawful Order, Protecting What's His - A Bodyguard - to - Lovers Romance' is tagged as:

Similar books to 'Unlawful Order, Protecting What's His - A Bodyguard - to - Lovers Romance'

All books by Mya Grey  ❯

Buy 'Unlawful Order, Protecting What's His - A Bodyguard - to - Lovers Romance' from the following stores: