Beneath the Fear (Elite SWAT #4) 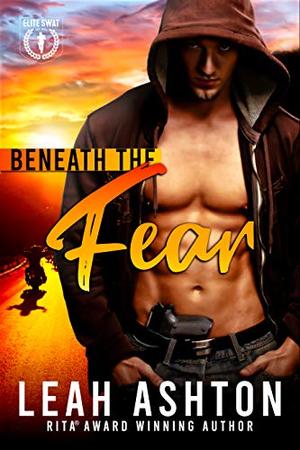 She's at the heart of the biker club he's been tasked to destroy.

When the Notechi club president gifts Claudia Roux to the club's newest star recruit - unaware he's undercover Elite SWAT officer Noah Young - it's the last straw. She's had enough. Enough of being treated like a possession. Enough of being under a man's control.

But leaving the Notechi can be lethal - and then there's the man she knows as Jed. Hot, strong, and fiercely protective, their chemistry in insane. However she knows Jed’s hiding something from her – and she’ll let nothing risk her escape.

Noah, as Jed, has a job to do. So he mustn’t touch the feisty and mysterious Claudia…but Claudia has him desperate to break all the rules.

And when he finally does, that decision has consequences. Suddenly, together, they are in for the fight of their lives.

With action and heat that will leave you breathless, Beneath the Fear is the fourth book in the intoxicating Elite SWAT series by RITA® Award winning author, Leah Ashton. Each book is a stand-alone, with no cliff-hanger endings.
more
Amazon Other stores
Bookmark  Rate:

'Beneath the Fear' is tagged as:

Similar books to 'Beneath the Fear'

Buy 'Beneath the Fear' from the following stores: