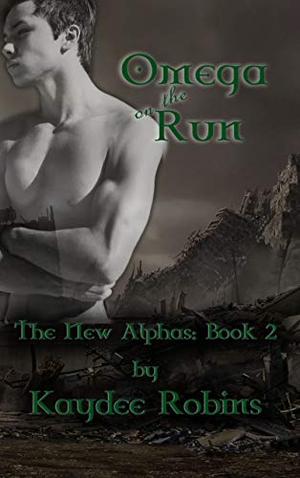 Jessi Sutton is defined as an old-worlder being born before the world descended into chaos. After losing his restaurant to the failing economy, he finds himself driving supplies in his big rig back and forth across the country when he stumbles across Lincoln Hughes, battered and broken on the side of the road. Taking care of the unconscious man is a no brainer.

Waking up to the rumblings of a vehicle, Linc fears the worst, his alpha has found him. However, the opposite is true; he finds himself swooning over the giant lumberjack, who quickly rushes him off to safety. However, the last thing Linc needs is another over baring alpha male, especially when he now has a little one to take care of.

Can Jessi fight his attraction to the young man who doesn’t need or want him as anything other than a friend, or does his protective, gentle nature cause Linc to fall head-over-heels in love?

The New Alphas series is individual HEAs cast in a post-apocalyptic world where the concept of alpha/omega is just beginning. While all books can be read on their own, characters and storylines do build on top of each other. It is recommended that you start with book 1: Omega of the Enemy.
more
Amazon Other stores
Bookmark  Rate:

'Omega on the Run' is tagged as:

The 'The New Alphas' series

Similar books to 'Omega on the Run'

All books by Kaydee Robins  ❯

Buy 'Omega on the Run' from the following stores: