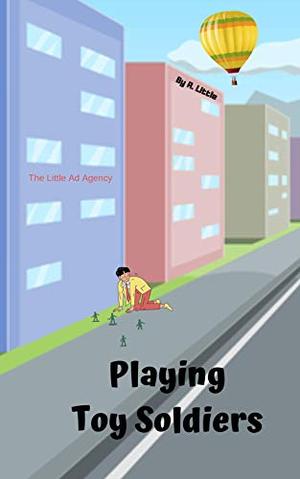 Roman has a secret.

He not only likes to collect toy soldiers of all kinds, but to play with them. That's not his biggst secret, though. No, that one is a fantasy he'd held close to his heart. His one biggest wish, to find his own soldier daddy and be his Little. He's read the stories, browsed the kink forums for Littles anonymously, and knows the deal. But reality is, thee's no one near where he is that's into that, is there? And if theyw ere, they'd already have someone much better, or would end up dumping him when that much more fantstic Little came along. He should know, after all, it's what his father did once he remarried and gained a better son.

You can't hide anything from the likes of Mama Lorraine, though.

After first spying him in the local Little friendly toy store playing with the table top soldiers and tanks, she read him like a book. When a fortuitous meeting on the street gives her an opening, she's got an offer for him. Two, actually, but she has a feeling that it's not really a job that he's most in need of.

First Sergeant Jack McElroy and his husband Samuel love each other dearly. They wish to add a third to their family, though, a Middle they can daddy together.

Jack has three more years until his retirement, unless he re-ups, but he's certain that either way, his career won't get in the way of their love life as long as they balance it right. His idea is to legally adopt the Little of their dreams and Samuel is fully onboard. Adopting their Middle will make them legally family while ensuring no one outside of their group of like-minded friends is any the wiser. They approach Mama Lorraine after getting a referral from a local kink club owner, but she has no one she feels is their perfect match.

'Playing With Toy Soldiers (The Little Ad(option) Agency Book 3)' is tagged as:

Recent books by A. Little