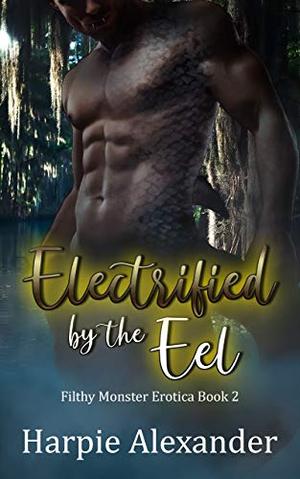 A male hellbent on sticking out his mating heat alone. Too bad fate has other plans.

The safe house was supposed to protect her from the dangerous man she was testifying against, but it didn't. With no way of escape, Luna does the only thing she can: she runs. Straight into the creepy woods behind her home, one small misstep sends her careening into a pool of water and she can't find the surface.

Elar has taken every precaution he can to avoid the brutal and emotionless females who wanted to rut him only to steal his offspring away. Now his mating heat has arrived and he suddenly scents a female in his waters.

Electrified by the Eel is a paranormal erotica short with some dark elements, and very mature (18+) content. Warning- triggers for violence and drowning.
more
Amazon Other stores
Bookmark  Rate:

'Electrified by the Eel' is tagged as:

Similar books to 'Electrified by the Eel'

Buy 'Electrified by the Eel' from the following stores: