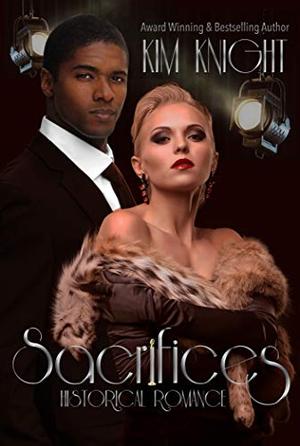 Sacrifices is a riveting romantic story with historical and suspenseful elements set in the 1960s Jazz scene and the present day.

Jane O’Sullivan, a sultry twenty-seven-year-old singer, starts a torrid, forbidden affair during the 1960s jazz scene in London. Working hard, she makes a name for herself. She’s a woman with dreams, hopes, and a burning desire to leave Europe behind and travel to New Orleans with her lover, Louis.

Louis Simpson, a charming twenty-nine-year-old musician from Jackson, Mississippi, is on tour with his band in London. Back home, the height of the civil rights movement plays out in the USA. Driven by ambition, a forbidden love, and a desire to turn his life around, he pushes forward, living his dream.

Once their paths cross, a twist of fate crushes Jane’s world, forcing her to make a life-changing decision that impacts both her and Louis. This historical love story spans across the Atlantic and roams through Europe with love, loss, and broken promises.

Twenty-five years later, when Jane and Louis’ paths cross on a Greek island, will the helping hand of fate bring them together, or rip them apart, once more?
more
Amazon Other stores
Bookmark  Rate:

'Sacrifices' is tagged as:

Buy 'Sacrifices' from the following stores: