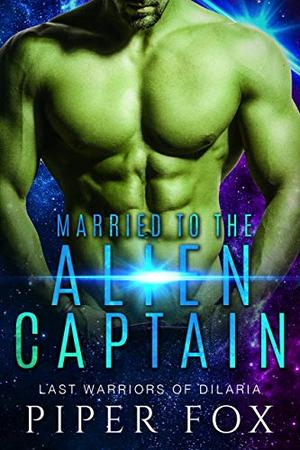 Captain Darric lost his planet, his people, and the war he’d been fighting for years. Without a home to return to, his focus is on his crew, on returning hope to a rowdy bunch of Dilarian warriors who have lost everything.

Without Dilarian females, Darric was sure he’d never find a mate. Even the curvy, seductive human female who holds his attention isn’t anything he ever would’ve expected in a mate. But the longer he spends with her, the stronger his desire grows. The Dilarian mating symbol seals his fate, and every part of him is screaming, “MINE!”

The biggest obstacle—she’s a slave to another.

If Darric claims his mate, he risks the wrath of an entire planet. And with the another threat looming in, bringing the war and crumpling the small amount of hope he’d managed to build, he knows that the only way to keep his mate is to fight any planet that stands in his way.

The 'Last Warriors of Dilaria' series

All books by Piper Fox  ❯