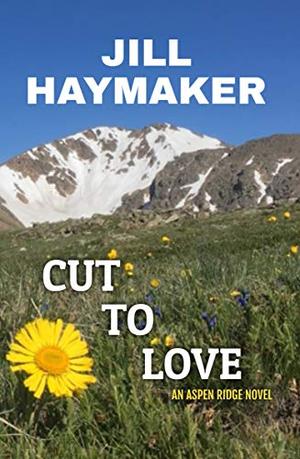 Maybe they aren’t so different, after all.

Lucy Roberts has blossomed from the shy, awkward kid she was in high school into a beautiful, confident twenty-eight-year-old woman. She’s successfully locked away the bad memories from her childhood. She’s content with her life as a single beautician in the picturesque Colorado, mountain town of Aspen Ridge. That is until he shows up—the boy who made her life miserable.

Lane Lockwood has always been a football star, from his glory days as Mountain High’s record-breaking quarterback, through college, and on to the pros. He’s never lacked female attention. When he’s cut from a team without warning, his world crumbles, forcing him home to tiny Aspen Ridge to hide while he contemplates his next step in life. When he runs into Lucy, he has no idea who she is or the depth to which his callous comments had threatened to destroy her.

Lucy hates him. Why won’t he just leave her alone? The attraction between the two of them is undeniable. Can his desire to make up for past sins turn into something more? Can Lucy find it in her heart to forgive and maybe even love him? Two unlikely lost souls just might be the answer to heal each other’s wounds.

'Cut to Love' is tagged as:

Similar books to 'Cut to Love'

All books by Jill Haymaker  ❯

Buy 'Cut to Love' from the following stores: