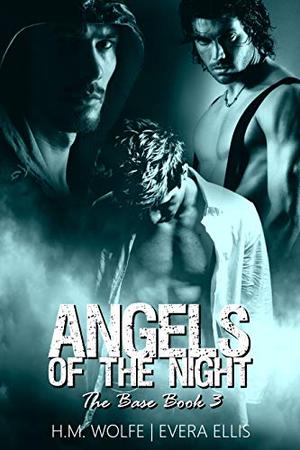 What happens when you add two men with a past to one man who is their future?

The loss of the man he loved seven years prior has Saint resigned to the fact he’ll be alone forever. After finding a home amongst the members of The Base, he begins to hope for a future, especially when his attention is taken by Caleb.

Caleb’s determination to rescue children from the hands of child traffickers has him landing in trouble more times than he can count. When he’s injured and unable to escape from the clutches of his enemies, a man living in a supposedly vacant property runs the monsters off.

Zachary takes Caleb into his house despite his preference for being alone. Once he finds himself enjoying Caleb’s company and missing him when he returns home, Zachary needs to decide whether to put his painful past behind him and move on.

Finding the man who’d walked away from him all those years ago has Saint hopeful that him and Zachary can have a future. When you add Caleb to the mix, anything is possible. At least until their pasts come back to haunt them.

Can the secrets of the past hinder or heal the hearts of these three men?

This is an MMM romance with a second chance
more
Amazon Other stores
Bookmark  Rate:

'Angels of the Night' is tagged as:

The 'The Base' series

Similar books to 'Angels of the Night'

Buy 'Angels of the Night' from the following stores: