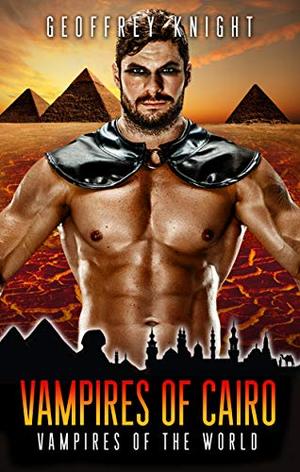 Vampires have been walking our world for thousands of years, living among us in secret, taking only what they need... and turning only those who need their paranormal help.


Love is dangerous. Life is fleeting. And the choices we make can last an Eternity.

On a photo shoot in Cairo, lovelorn American model Nash Sommers harbors a secret lust for his handsome and confident colleague Ryan Thomas. When a drunken evening leads them to Cairo’s coolest nightclub, the two young men decide to explore the undiscovered pleasures of their relationship with the inclusion of a third party—a handsome, mysterious young Egyptian who lures them away from the nightclub and into the dark realms of the City of the Dead. There, deep within a secret tomb, Nash’s languishing lust for Ryan will be put to the ultimate test in the presence of a dark and ancient Egyptian vampire, the evil Ramseth.

Will the young Americans be seduced by sin? Will passion and pride lead to eternal punishment? Will the one thing Nash desires most be his doom?


Vampires of Cairo is a 15k-word standalone gay vampire tale featuring elements of romance, horror, adventure and eroticism. The Vampires of the World stories can be read as standalones and in whatever order you like, since Time itself is nothing more than a human construct.
***Previously published as Cairo Curse***
more
Amazon Other stores
Bookmark  Rate:

Buy 'Vampires of Cairo: Vampires of the World' from the following stores: