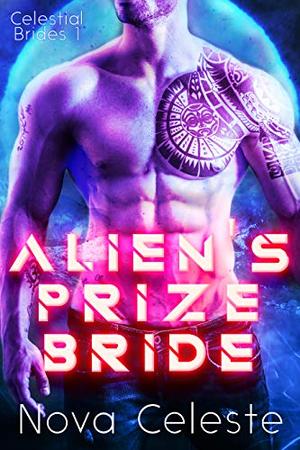 He may win the right to save her—but he’ll have to win her heart to keep her.

The last thing Cordelia Prince expected to be doing when she graduated from college with a business degree was working as a debt collector. It’s miserable work—but it pays the bills. Mostly. Still, when she sees a shooting star, she can’t help but wish for a more exciting life.

Too bad for her, that star was really a Milavaxian scoutship hunting for breedable females. Now she’s in a holding pen on a faraway planet, about to become the grand prize in some weird alien gladiator competition.

Anuh hadn’t planned to stop on Milavax II at all. It’s an unpleasant dirtball on a good day. But his ship threw a relativity rod, so he decides to stick around just long enough for repairs. Until he sees the lush female up for grabs in the planet’s annual warrior games. He knows instantly that she's his mate--he can’t possibly allow any of these brutes to claim her. So he'll fight for the right to save her from them.

But assuming he wins her, what will he do with an ungrateful, unhappy female? Especially one he can’t even communicate with.

Surely they can think of something…

Alien’s Prize Bride is the first book in the Celestial Brides Series, perfect for fans of science fiction romance who swoon over sexy aliens, crave happy ever afters, and want their alpha alien heroes to tumble into unexpected, steamy insta-love with smart, sassy heroines!

All books by Nova Celeste  ❯