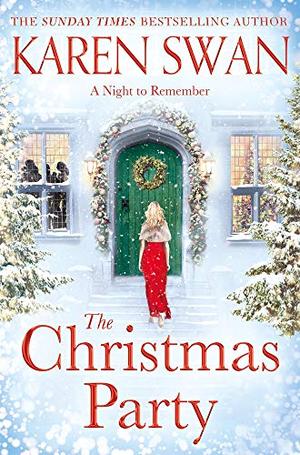 The Christmas Party is a delicious, page-turning story of romance, family and secrets, by the Sunday Times bestselling author Karen Swan.

When Declan Lorne, the last remaining knight in Ireland, dies suddenly, an ancient title passes with him. But his estate on Ireland’s rugged south-west coast is left to his three daughters. The two eldest, Ottie and Pip, inherit in line with expectations, but to everyone’s surprise – and dismay – it is the errant baby of the family, Willow, who gets the castle.

Why her? Something unknown – something terrible - made her turn her back on her family three years earlier, escaping to Dublin and vowing never to return. So when Willow quickly announces she is selling up, her revenge seems sweet and the once-close sisters are pushed to breaking point: in desperation, Pip risks everything to secure her own future, and Ottie makes a decision that will ruin lives. It’s each woman for herself.

Before moving in, Connor Shaye, the prospective new owner, negotiates throwing a lavish party at the castle just days before Christmas – his hello, their goodbye. But as their secrets begin to catch up with them, Ottie, Willow and Pip are forced to ask themselves which is harder: stepping into the future, or letting go of the past?
more
Amazon Other stores
Bookmark  Rate:

'The Christmas Party' is tagged as:

Similar books to 'The Christmas Party'

Buy 'The Christmas Party' from the following stores: