Lethal Love: Deceit can be Deadly 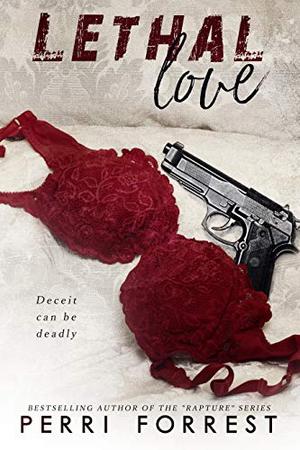 I loved a man and I thought he loved me.
So, his cheating-ass ways were a big surprise to me.
Even more shocking, was who he risked it all for…
somebody I never had a reason to believe, was a whore.

Because I'm usually better about who's in my space,
knowing that those in relationships, sometimes wear more than a single face.
They wanted to tap dance on someone’s heart.
They probably should’ve thought long and hard about that part.
So now because of what was done…
it’s only fair that I have me some fun.
I guess now they need to be shown the error of their ways.
To the point that they’re asking to see better days.

Now, in the middle of my storm, something new fell in my path.
Something beautiful, something amazing... he came with a taste of something I've never had.
There’s absolutely no rushing, to the beat of love, present in my view…
But once my mission is complete, who knows what my heart will want to do?

The only disclaimer I’ll offer is this…

“You'll either love me or hate me by the end of this tale, but I operated off of one goal, only ... that was to prevail.”

“Was that your first kill? I’m intrigued. I haven’t seen you so much as break a sweat with any of this shit—unless, you did it in private—which I doubt. How does that happen?”

“You strike me as the type that already knows the answer to that. Besides, even if I could answer it, I’m sure it’s different for everybody.”

I turned to him. “Mr. Davis, have you ever been hurt so badly that your heart feels like it’s going to burst out your chest? Have you ever been so filled with anger that you feel a thick layer of heat eclipse your entire form—head to toe? Maybe you have. Maybe you haven’t. In my case, when it happens, I become another person. That person shows up… she’s different. Remorseless, vengeful. Just like the perpetrators come and disrupt my life with no remorse, I come to theirs with the exact same energy.”

“Hmm…” he said in a voice softer than the one he usually spoke with. “I guess it’s a lot safer on the softer side of you.” He shrugged and held his gaze on me. I thought I saw a little bit of empathy there. “At the end of the day,” he continued, “their loss was my gain.”

He started to laugh and something in me swelled. Why was laughter even a part of that moment? I felt mocked, played. It showed me in living color that he felt like the powerful one. Him being in power was already a pre-existing issue for me. And yes, he did have the upper hand. But laughing about it wasn’t something that sat right with me.

“I’m glad you find all of this funny.”

“You’ve got heart. And not just heart; you got the balls of a man.”

“Like every one of y’all have balls. Tuh. That’s debatable.”

“Whoa. Ouch.” He reached for the door, finally ready to fetch a carrier for the money. “And on that note. I’ll be right—”

'Lethal Love: Deceit can be Deadly' is tagged as:

Similar books to 'Lethal Love: Deceit can be Deadly'

More books like 'Lethal Love: Deceit can be Deadly'   ❯

Buy 'Lethal Love: Deceit can be Deadly' from the following stores: