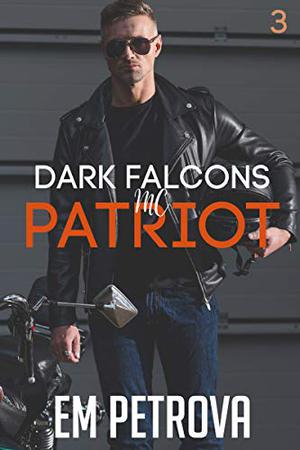 A biker in trouble. A woman who doesn’t run from it.

Logan, aka Patriot, earned his nickname by fighting for the underdog. Only this time he’s the one being crushed under the weight of injustice when his club comes under fire with the law. While he and his brothers fight to find the true criminal, a certain quiet brunette keeps popping up everywhere he goes, and now she’s installed herself in his safe haven, the club.

Patriot’s thrown into Aarica’s path so many times that surely Fate has a sense of humor—or a plan. Right now, it seems like Patriot’s only plan is to get her away from him, though he sure kisses like he wants her in his bed, on the clubhouse floor and definitely on the back of his Harley. With his behavior giving her whiplash—and all their signals crossed—how’s a girl supposed to know whether to stay or go?

One thing the mesmerizing woman doesn’t know yet is that Patriot doesn’t give up easy. As if he’d let her go…
more
Amazon Other stores
Bookmark  Rate:

'Patriot' is tagged as:

Buy 'Patriot' from the following stores: