Fight for You (Flirting with Forever #2) 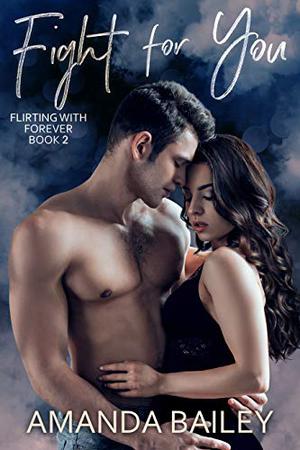 Her head knows this will get messy. His heart doesn’t seem to care.

History teacher Hadleigh Beckett was stopped dead in her tracks by the most delicious-looking man across a dimly lit bar. When the guy she’d drooled over ends up being her new student teacher, she realizes she’ll be the one learning a lesson—whether it will be one of restraint or of a soul-deep passion depends on how much heat they can handle. But Hadleigh has a secret that could ruin everything ...

After his last relationship nearly broke him, Sawyer Rivers has all but written off any hope of finding love. Even so, he’d noticed the sexy siren in the bar and can’t believe his good luck when he discovers he’ll be working side by side with her for eight weeks. He knows dating his mentor could get complicated, but Hadleigh proves to be not only someone who he can admire, but also entirely irresistible.

He’ll fight for her—even if it costs him everything.
more
Amazon Other stores
Bookmark  Rate:

'Fight for You' is tagged as:

The 'Flirting with Forever' series

Similar books to 'Fight for You'

All books by Amanda Bailey  ❯

Buy 'Fight for You' from the following stores: