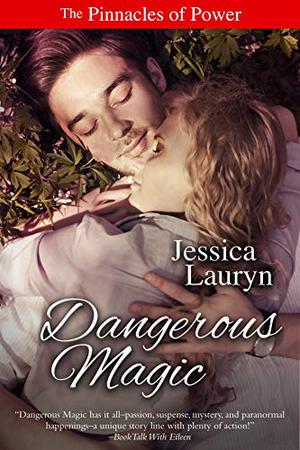 Corinne Johnson's world was shattered years ago, when a strange discovery in her husband's briefcase led to her becoming separated from her children. Now, engaged to re-marry the man responsible, Corinne is determined to always be in Ethan and Mattie's lives, even if it means being in a marriage without passion. But when she has a mysterious dream in which she kisses her once coworker Jack Madera, Corinne's plans of securing her future quickly go up in smoke. Jack, the sexy and mysterious Wiccan she knew years ago, is back in North Conway. And in the midst of everything else, Corinne begins to suspect the most erotic dream of her life was never a dream at all.

After recently coming to a fork in the road, Jack Madera decides the only way he can move forward with his life is if he learns the identity of his biological father. But when his search takes him to North Conway, the town in which his old coworker Corinne Johnson lives, Jack realizes his visit may not be as short-lived as he'd hoped. Drawn to the woman he has always shared a deep connection with, Jack puts his non-existent heart on the line. He casts a spell which takes him and Corinne down a path they never saw coming.
more
Amazon Other stores
Bookmark  Rate:

'Dangerous Magic : A Suspenseful Paranormal Mystery Romance' is tagged as:

The 'The Pinnacles of Power' series

All books by Jessica Lauryn  ❯