The Way My Heart Is Built 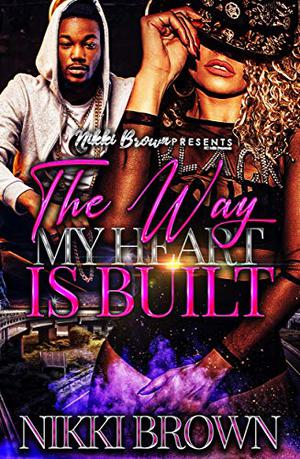 Life for Sayora Mayhew was simple. Do what you love while loving what you do, with the support of your loved ones around you. She was on top of the world, her dancing career was taking off and life was grand, until it wasn’t. A revelation about the two people she held closest to her heart, sends Sayora into an emotional downward spiral, ending on the wrong side of the law.

Omega True grew up with nothing but a crackhead for a mother. However, he never let that get in the way of him being the man he felt he was destined to be. He never used his environment as an excuse to stay stagnant but instead as motivation to do better, be better. Mega Money Records was his better, and he was on the brink of greatness, but something was missing. It’s not until he meets the beautiful Sayora did he finally realize what that was. It was her, but they both were carrying some heavy baggage. Baggage that neither are prepared to carry for the other.

The way Sayora’s heart was built, she couldn’t afford the risks that love brought along but Omega made it hard to keep him at arm’s length. The connection he felt to her was unmatched and he was unwilling to let it go. Things were starting to look up until the past came whisking in, disheveling what they’re trying to build. Will Omega be as relentless in his pursuit or will the drama from both of their storms be too much for them to bare?
more
Amazon Other stores
Bookmark  Rate:

'The Way My Heart Is Built' is tagged as:

Similar books to 'The Way My Heart Is Built'

More books like 'The Way My Heart Is Built'   ❯

Buy 'The Way My Heart Is Built' from the following stores: