Pay Me In Love 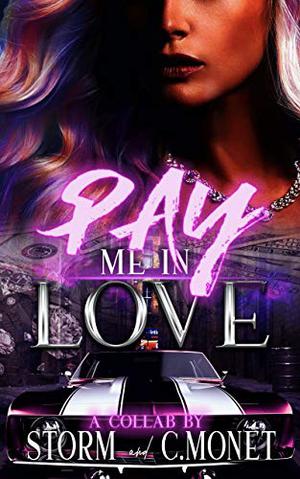 Nyelle Lee is a college student with plans of being an accountant like her father. That is until her father uses his position to steal money from a notorious crime family. Now, her plans have been altered, and her only wish is to keep her father alive even if it means going against everything she stands for. Things take a turn for the worst when her father offers up her hand in marriage to the up and coming boss as payment for his debt. Before the arrangement is agreed upon, Nyelle must take on the responsibility of the Taylor Family's shady finances. Although she hates what is being laid out in front of her, The loyalty to her father is what makes her agree to the terms of his debt. What starts as a measure to save his life, somehow turns into a way to give breath to her own.

HNIC, Nico Taylor is confident, bold, and the heir to his family's throne. He's finer than baby hairs, educated, and has a mind of his own. When he's told of his arranged marriage, he is sure to let everyone know he is not with the plan. Until he lays eyes on the new accountant. She's smart, beautiful, and happens to be his newly betrothed. Despite his protest, Nico's heart is defenseless against hers. Things quickly progress into a whirlwind love but take a turn when trouble arises.

Will Nico and Nyelle find bliss in matrimony? Or will the crumbling of the underworld keep them apart and forever indebted?
more
Amazon Other stores
Bookmark  Rate:

'Pay Me In Love' is tagged as:

Similar books to 'Pay Me In Love'

Buy 'Pay Me In Love' from the following stores: