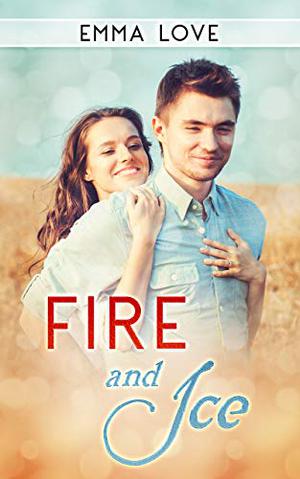 When Linc tries to catch Dr. Mackenzie’s attention, he is shoved aside and called a player. But things quickly change while Linc is at the property of a host whose kids he rescued some nights before. He receives a call from a strange number. When Linc picks it, he rushes to leave for home. The caller is Dr. Mackenzie herself and she has called because an apartment is on fire.
It’s her apartment.
Linc reaches the site to find the fire department already there. But there’s no sign of Mackenzie. He keeps asking around but no one knows where she is. Linc is upset by this news and he almost finds himself weeping until he is told she is at the hospital. Linc finds her there and it turns out she is alright. Their conversation is slightly awkward if not tense—considering how their last talk went outside her door— but Mackenzie is grateful that he came. The nurse attending to her is Jennie. Linc makes sure to quickly leave. Before he leaves, he asks if she has a place to stay. Turns out Jennie has already offered that she could come stay at her place. Linc nods, leaving, his heart on the verge of exploding after that news. Jennie had something cooking. He knew it. During her stay at Jennie’s, Mack will find a stray cat which she eventually keeps and names Oliver.
Everything seems to be going back to normal until the hospital calls that Linc hasn’t come at all for his weekly checkups. Linc avoids this but soon a nurse is sent his way. It is Tanya. They talk for a while and she tries o make advances at Linc. Turns out she’s had a crush on him for a while. But Linc is a gentleman and the two have quite a talk, eventually their conversation included Dr. Mack. When Tanya leaves, she has tears in her eyes. At the following check up, Dr. Mack herself volunteers to come over. Eventually, she sleeps in. This will turn into a bit of a problem with Jennie who will be initially mad and irrational but she quickly apologizes. Mack will have to move out of Jennie’s to stay with Linc. This further infuriates Jennie. But at work, she is friendly with everyone and likes to help Mack get her coffee.
On this faithful day, Mack returns from work and finds Oliver lying in a pool of its own blood. Horrified, she finds the words scrawled on the floor:
LEAVE BENEVOLENCE!
more
Amazon Other stores
Bookmark  Rate:

'Fire and Ice' is tagged as:

Similar books to 'Fire and Ice'

All books by Emma Love  ❯

Buy 'Fire and Ice' from the following stores: