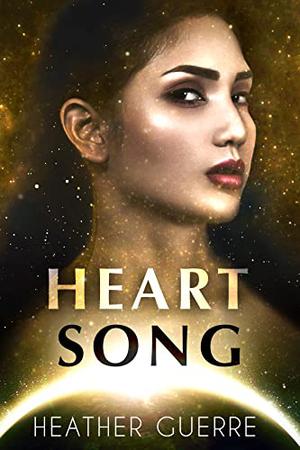 They’re both prisoners of the same man.

Desperate to free herself from the cruel hands of the husband she never wanted, Theyma Ruan strikes a deal with one of his prisoners—if you promise not to kill me, I’ll help you escape. Rakhnar of the Tai’Sif Ljark accepts. But when their plan goes awry, he has no choice but to take her with him. In the violence and wreckage of their escape, Rakhnar accidentally initiates the soulbond with Theyma.

The Ljark aren’t supposed to soulbond with humans.

Rakhnar is the leader of his people and sworn to a bond with another woman. As long as he and Theyma don’t consummate their soulbond, it will eventually dissolve, and he will be free to pursue his rightful future. But the longer he spends with Theyma, the more he realizes she’s everything he could ever want. His duty to his people forbids their love, but his heart is not so easily ruled.

Torn between loyalty and love, and pursued by evil, Theyma and Rakhnar must fight to choose their own fate—before the choice is taken from them.
more
Amazon Other stores
Bookmark  Rate:

'Heart Song: A Sci-Fi Alien Romance' is tagged as:

All books by Heather Guerre  ❯