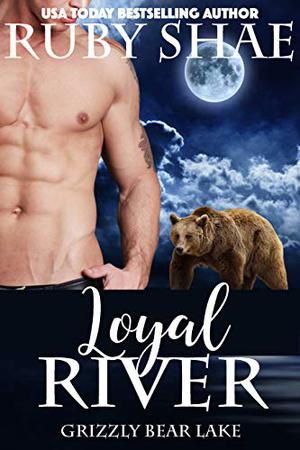 Curvy girl, Olivia “Livi” Taylor is done with men for good. In all aspects of her life—both professional and personal—men have always worked to destroy her, but this time they’ve succeeded. Her only choice is to move far away and start all over again, and honestly, she’s not that sad about leaving. Not when she’s still hurting over her last break-up. As soon as she ties up all the loose ends, she’ll be long gone, but that’s the problem. One of those loose ends is Levi Rivers, her ex-fiancé. After a lifetime of seeing the worst in men, Levi had made her believe in something more than love. He’d promised her forever, and she’d given him her heart. Unfortunately, when things got tough, he’d crushed it just like everyone else.

Levi Rivers, grizzly bear shifter, and the oldest sibling in the Rivers family, knows he messed up when he let Livi go six months ago, but at the time, he’d been too consumed with hurt and anger to chase after her. Though the feelings weren’t as strong as they once were, he still couldn’t face her. Not without begging for another chance, and he wasn’t willing to stoop that low. Not when he’d loved her with his whole-heart, and she’d run when he’d shown her his whole-self.

When Livi shows up unannounced, trying to walk out of Levi’s life forever, all the pent-up hurt, anger, and love he has for her battles for dominance, but even before he sees the pain she tries to hide, he already knows which emotion will win. He might still be angry, but she’s the only woman he’s ever wanted to claim as his mate, and neither time nor distance will ever change that. Now all he has to do is figure out a way to stop her from leaving, and then grovel enough to convince her to stay forever.
more
Amazon Other stores
Bookmark  Rate:

'Loyal River' is tagged as: