The Princess's Chosen (Inheritance of Hunger #2) 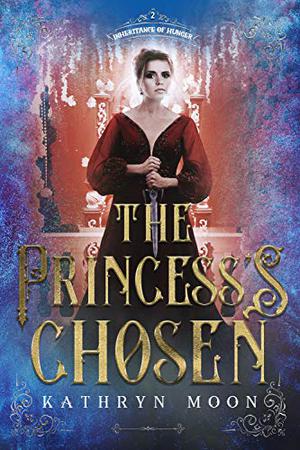 The battle for Kimmery is brewing…

The peace Princess Bryony and her Chosen enjoyed in the north is broken, disturbed by the arrival of her family to the Winter Palace. Camellia is crueler than Bryony ever imagined, and her grandmother's faith is hard won. Nothing will come easily, not even with her men at her side, their affections growing deeper.

When Bryony's most reluctant Chosen, Aric - King of Thieves, learns of her Hunger, it all fractures. There is more to the magic of the queen's line than anyone imagined, and Bryony is losing the grip on her own control.

As the weather turns colder, obstacles rise from every direction, even from within the Winter Palace's own residents. Bryony must master her magic and her passions in order to protect herself and her Chosen from the enemies that circle closer every day. If she falls, so will Kimmery.

'The Princess's Chosen' is tagged as:

The 'Inheritance of Hunger' series

Similar books to 'The Princess's Chosen'

Buy 'The Princess's Chosen' from the following stores: