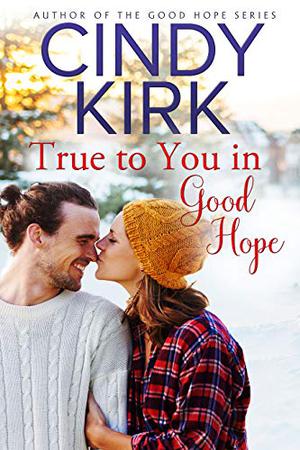 She can handle anything…except her sister marrying her ex

In Good Hope, Piper sees herself as a woman totally in control. That control frays when her sister becomes engaged to her ex. Not only is she asked to be the maid of honor, her sister wants Piper to make her wedding dress!

Piper thought she was doing the right thing, keeping the real reason for that long-ago split a secret from her family. She now sees her mistake.

After ditching a promising career in NYC, Anders Cross has spent the spent the past three years crisscrossing the country, trying to find the soul he’d lost in his pursuit of success. When he arrives in Good Hope to visit his brother, it’s supposed to be just another pit stop.

That was before Piper. As the two grow close, old lives become roadblocks to growing love. In order to embrace a future together, Piper and Anders must each confront the past. The stakes couldn’t be higher. Not with lasting happiness on the line.
more
Amazon Other stores
Bookmark  Rate:

'True to You in Good Hope: A Good Hope Novel Book 15' is tagged as:

Similar books to 'True to You in Good Hope: A Good Hope Novel Book 15'

Buy 'True to You in Good Hope: A Good Hope Novel Book 15' from the following stores: