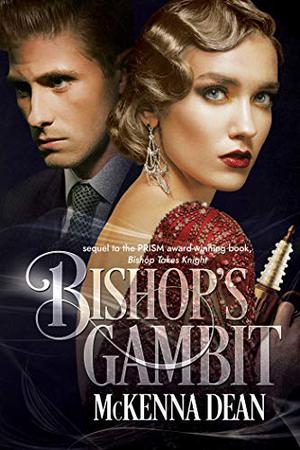 Newly-minted secret agent Rhett Bishop would rather face down a horde of angry wolf shifters or her father’s former mob contacts than accept her current assignment: pose undercover as a suburban housewife, complete with a husband, slippers, and pipe.

But after the debacle of her previous mission, Rhett has a lot to prove.

To redeem herself in the eyes of Redclaw Security, and to carry out her mission without distractions, she must table her budding relationship with Peter Knight while the two of them uncover the secrets of Forest Grove.

Armed with her trusty ray gun, her unique little dog, and Knight’s brains, Rhett is confident she can handle whatever the suburbs can throw at her.

Until they lob a curveball.
more
Amazon Other stores
Bookmark  Rate:

'Bishop's Gambit' is tagged as:

All books by McKenna Dean  ❯