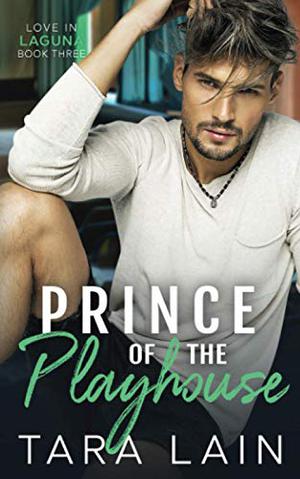 Driven by his desire to become a successful fashion designer and concerned with hiding his questionable past, Ru Maitland lets his obsession with action movie star Gray Anson on the big screen replace his social life. Then obsession and reality collide when Ru is asked to design fashion costumes for a special performance of Hamlet at the Playhouse in Laguna starring none other than Gray Anson. Gray turns out to be a compelling mix of shy and brash and, despite a high profile engagement to a female socialite, the signals Gray sends Ru have his libido doing the salsa.

Gray Anson has what most people only dream of—great wealth, huge fame, a job he loves. For that, he’s given up any semblance of privacy and the right to say no to the thousands of people who depend on him and the millions who love him. He sees everything he’s ever wanted just outside the bubble of his life, but how can he make the compromises needed to embrace it? When Ru’s shady past crashes into Gray’s paparazzi-haunted present, both men have to learn that sometimes the only acceptable compromise is the truth.
more
Amazon Other stores
Bookmark  Rate:

'Prince of the Playhouse: A MM, Coming Out, Secret Identity, Theater Romance (Love in Laguna)' is tagged as:

The 'Love in Laguna' series

Similar books to 'Prince of the Playhouse: A MM, Coming Out, Secret Identity, Theater Romance (Love in Laguna)'

More books like 'Prince of the Playhouse: A MM, Coming Out, Secret Identity, Theater Romance (Love in Laguna)'   ❯

All books by Tara Lain  ❯

Buy 'Prince of the Playhouse: A MM, Coming Out, Secret Identity, Theater Romance (Love in Laguna)' from the following stores: