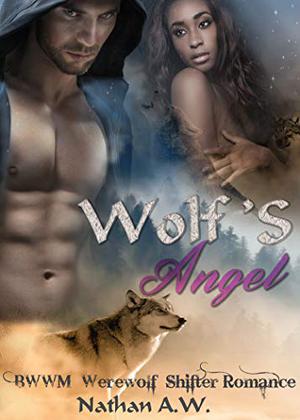 When two destinies collide, love is about to happen, but will it lead to a happily ever after?

He thinks she is homeless…
Well, at the moment, maybe, but not for too long. Nari Luke has so many plans and one of those plans is to own a restaurant. She has always dreamt of working with a renowned restaurant. When Nari finds herself in Pinedale, she decides to go to the Tulips, a famous five-star restaurant to seek for employment. But she is mistaken for the homeless and turned away at the gate by an arrogant but devilishly handsome man….if only she knew who he was, she wouldn’t have been so cheeky.

A woman with scars…
Drake Nathan, a sexy restaurateur, was used to women fawning over him until he met the strong-willed Nari Luke. He had never met anyone so rude and sassy, but he couldn't get her out of his mind, especially her scars.

A twist of fate
Drake’s destiny was for him to become an Alpha Gibbous Wolf and just when he thought he could seek out the woman whose face and scars he couldn't get out of his head, a wolf bit Drake and transformed him into a werewolf.

Can Nari Luke, who has been abused for years by her mother and stepfather, love a man who could transform into a wolf at any time?

Will destiny bring them together, or will her past tear them apart?
more
Amazon Other stores
Bookmark  Rate: