Good Girls Gotta Get With A Gangster 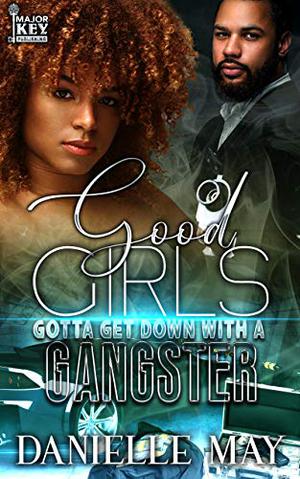 Auburn is a nerdy, shy, mild-mannered army brat that’s ready to start a new life as a college freshmen. After spending most of her life moving from one place to another, she yearns to have a normal life for once and sees college as her new beginning. Her attitude soon changes once she crosses path with a very rude, but equally sexy star football player by the name of Eric, that has no respect for anyone but himself and a roommate that is determined to make her life a living hell.

Eric is the sexy short-tempered, hot head star running back on campus. Having people bow down to him and women willing to do anything to get close to him was an everyday norm in his world. Unlike most people, the attention and popularity that came with a person of his status didn’t faze him. With one foot on the field and the other in the streets, he preferred to remain low key and keep out the way. When he meets Auburn, he is instantly annoyed by the mere presence of her, but that soon changes as he develops a connection with her that neither saw coming.

With so many factors standing in the way of their pending romance, will secrets and unsaid feelings keep them apart? Or will they fight for what they want?
more
Amazon Other stores
Bookmark  Rate:

'Good Girls Gotta Get With A Gangster' is tagged as:

Similar books to 'Good Girls Gotta Get With A Gangster'

More books like 'Good Girls Gotta Get With A Gangster'   ❯

Recent books by Danielle May

Buy 'Good Girls Gotta Get With A Gangster' from the following stores: