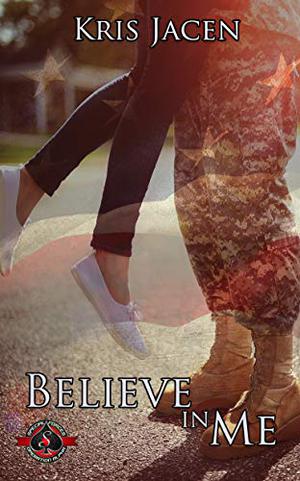 Trish Peterson had left the touring company and given up her dream of dancing on Broadway to marry. Two years later, a pair of Green Berets showing up at her door brought her world crashing down. Helping a friend gives her something to do but she’s not sure it’s the best thing to help her heal.

Master Sergeant Mike Mullvaney was looking forward to some downtime with his new assignment. Coming home from his last deployment to find that his fiancée had taken just about everything he owned was a major blow. Seeing two of his best friends find the “perfect for them” wives made him wonder if there was even one for him — and if he could open his heart and trust again.

When Trish and Mike meet, sparks fly but neither is willing to open themselves up. When witnessing a tragedy throws them into each other’s arms, can they finally give in and love again?
more
Amazon Other stores
Bookmark  Rate:

'Believe in Me (Special Forces: Operation Alpha)' is tagged as:

Similar books to 'Believe in Me (Special Forces: Operation Alpha)'

Buy 'Believe in Me (Special Forces: Operation Alpha)' from the following stores: