The Night's Chosen (The Cursed Queens #1) 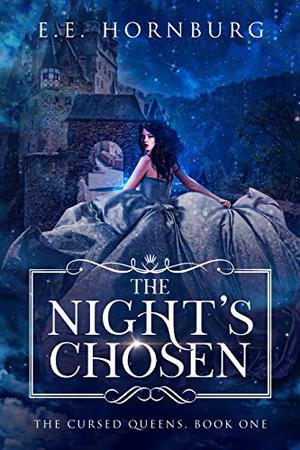 CHOSEN OF THE MOON GODDESS. DESTINED TO RULE. FATED TO MARRY.

A QUEST TO SAVE HER FAMILY, KINGDOM, AND HEART.

In this retelling of Snow White, for the past five years Princess Eira has run from her impending wedding. As much as she loves her goddess and kingdom, she’s searched the kingdoms for another way to rule as queen someday while also choosing her own husband. Yet, Eira’s claim to the crown falls into jeopardy when her father, King Brennus, is poisoned and fated to a sleep of living death and Eira is next on the assassin’s hit list – who happens to be her stepmother, Queen Amelia. After Eira escapes Queen Amelia’s clutches she journeys to the northern Paravian mountains in search of an enchanted cup to save her father.

Yet Eira’s quest is more than she anticipated with evading Queen Amelia’s guards, traveling with the one man she shouldn’t be with, and having to bargain with the ancient dragon guarding the enchanted cup. She’ll have to decide how to save her family and kingdom, even if it means sacrificing her heart and all she’s wanted her whole life.
more
Amazon Other stores
Bookmark  Rate:

'The Night's Chosen' is tagged as:

The 'The Cursed Queens' series

Similar books to 'The Night's Chosen'

All books by Emily Hornburg  ❯

Buy 'The Night's Chosen' from the following stores: