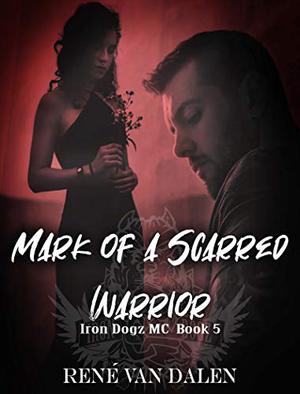 Scar
Disillusioned. Disgusted. Enraged.
He lived with those feelings daily but they faded after he was injured during the attack on Tori. His focus was needed on his recovery, on walking and riding again.
Now the rage was back, as was the disgust.
Using Chris to keep his unwelcome visitors at a distance he didn’t expect to start feeling something for her. No way would he allow himself to fall for a woman who belonged to the club. Not ever again.
Turning his back on her he walked away to save himself. Or so he thought.
It was something he would live to regret.
Chris
A while back I made a big mistake.
I fell for the wrong man. It almost cost me my home with the Iron Dogz MC. Ever since then I’ve kept to myself. Kept my head down and did my job.
Until Scar pulled me into his messy business. And then, foolishly, I lost my head over the man. Like the one before him he used me then walked away. I was left hurt, angry, and disillusioned, and absolutely done with men.
I might have been done with men but one of them wasn’t done with me.
I found that out too late. Much too late.

'Mark Of A Scarred Warrior' is tagged as:

Similar books to 'Mark Of A Scarred Warrior'

More books like 'Mark Of A Scarred Warrior'   ❯

Buy 'Mark Of A Scarred Warrior' from the following stores: