A Bride for Andrew (The Proxy Brides #47) 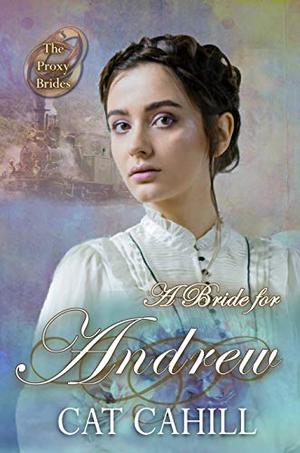 She saved him from his grief. But when danger arrives, can he face his fears to save her?

Ivy Grant needs to leave Illinois as quickly as possible with her late sister’s children. With no other options, she answers an advertisement requesting a proxy bride. Surely the children’s cruel uncle—the one who wants to marry Ivy so they may raise the children together—will never find them in the wilds of Colorado. But when they arrive in the town of Crest Stone to stares and whispers, she fears she made the wrong choice.

Homesteader Andrew Chisholm lost his wife over a year ago. He’s blamed himself—as has everyone else in town—for her accident. Overcome with loneliness, he advertises for a proxy bride, a woman to marry him sight unseen, before the gossip from the townsfolk can drive her away. When Ivy replies, he accepts, thinking he might also be a help to her and the children she’s caring for. But when she arrives, he’s consumed with guilt. How can a man still grieving learn to love another? He’ll keep Ivy at a distance, not only to protect his heart, but also to protect her.

But Ivy and the children soon collapse the walls Andrew has built. As Ivy gets to know the man she’s married, she finds a fierce protector and a kind man. Their love for each other grows, but so does the danger that’s followed Ivy. Andrew must face down the memories that haunt him if he wants to keep his new family safe. If he can’t act, he’ll lose those who have made his life worth living again.

Like all of Cat’s books, A Bride for Andrew is a sweet and clean romance that will warm your heart and fill you with hope.

This book is part of the multi-author Proxy Brides series. Each book in the series is a standalone romance and can be read in no particular order. You might recognize characters who appeared in Cat's earlier book in this series, A Bride for Isaac, and in her Gilbert Girls series.
more
Amazon Other stores
Bookmark  Rate:

'A Bride for Andrew' is tagged as:

The 'The Proxy Brides' series

Similar books to 'A Bride for Andrew'

All books by Cat Cahill  ❯

Buy 'A Bride for Andrew' from the following stores: