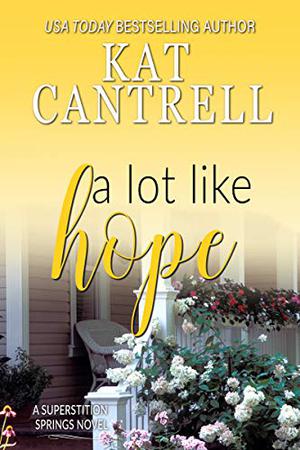 Destiny or not, she'll take him any way she can get him...

Former SEAL Rowe Hardy deserves every last bad thing that happened to him on that final mission, especially the scars on his face. After all, it’s his fault that he and the other guys on his team were kicked out of the Navy. Losing his hearing is his penance, same as being single forever. No woman would be interested in a half-deaf beast anyway. Especially not the beautiful new doctor in town…the one he can’t stop dreaming about. He needs to focus on helping his brother, the mayor, save Superstition Springs from the development company determined to build a shopping center on top of the town.

Dr. India Kingston didn’t get the memo that Rowe is supposed to be repulsive. Her secret crush on the reclusive handyman is only heightened by his obvious scars—physical and emotional. But she fled big city medicine in favor of Superstition Springs where she hopes to reclaim lost pieces of herself after ending a bad relationship. Love should be the last thing on her mind. Until Serenity Force throws a love prediction into the mix, matching her with Rowe. How can he be her destiny when he’s made it oh-so-clear he’s not interested in her?

Beauty and the Beast is a fairy tale. Not reality. Unless you’re in Superstition Springs.

Welcome to Superstition Springs, the place where destiny is the ultimate matchmaker. All you have to do is believe.

All books by Kat Cantrell  ❯

Buy 'A Lot Like Hope' from the following stores: