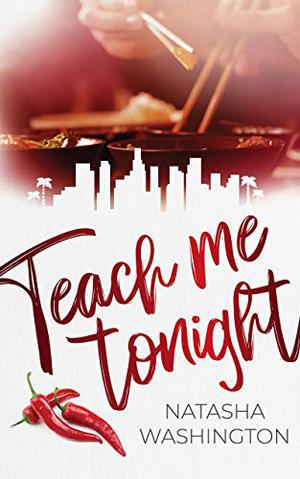 Kim Junseo owns a Korean fusion restaurant he built from the ground up, and he keeps himself busy running it and taking care of his 5-year-old daughter, Hee-Young. Though on the surface he seems successful and happy, he's also lonely – and terrified of relationships, since his marriage to his ex-husband Noah ended in disaster three years ago.

When Junseo comes to Nic Moretti's classroom to throw Hee-Young a birthday party, sparks fly. Nic thinks Junseo is impossibly handsome, funny and sweet. Junseo's drawn to Nic's goofy, gentle spirit and thinks he's beautiful. Junseo doesn't even think twice about volunteering to teach Nic's class about food and cooking. One thing leads to another, and soon they're bonding over kimchi fried rice at Junseo's restaurant and salami and cheese sandwiches at the Getty Villa as the heat builds between them.

Then Junseo's abusive ex-husband Noah re-appears in his life, claiming good intentions, but Nic's afraid that Noah's going to try to worm his way back into Junseo's life and hurt him. Junseo, struggling to deal with old demons he thought he'd buried, pushes Nic away. With Nic and Junseo's relationship on the rocks and Noah refusing to keep his distance, Junseo feels like his whole carefully constructed world is crumbling around him. He has to decide which is more important: keeping up his perfect façade, or keeping the man who has so sweetly captured his heart.
more
Amazon Other stores
Bookmark  Rate:

'Teach Me Tonight' is tagged as:

Similar books to 'Teach Me Tonight'

Buy 'Teach Me Tonight' from the following stores: