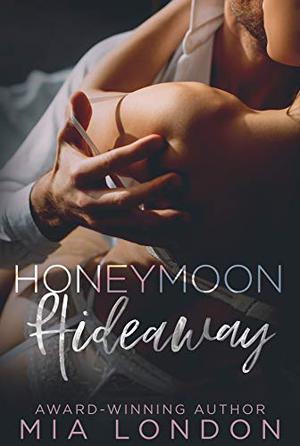 A broken, jilted bride. An exotic paradise. A lonely man who craves her innocence.

Catherine Dalton can’t believe her eyes. That couldn’t be Jack. Not her Jack. And certainly not two days before they're supposed to marry! As Cat’s world crumbles around her, she wonders how she'll ever pick up the pieces in a life that she devoted and built around one man and move on. At the urging of her bestie, she escapes to the beautiful island of St. Lucia, hoping against hope for a way to mend her broken and devastated heart.

Nicholas Westbrook has traveled to the Caribbean many times. It’s the company’s most-profitable territory... and the perfect stepping stone to his next promotion. The last thing he expected on another business-as-usual trip was a chance encounter with the lovely jilted bride from Austin, alone on her honeymoon. He shouldn't pursue her--rebounds aren't his style. But this brunette beauty draws him in like a fine wine who needs to be uncorked and savored.
Can Cat unwind and enjoy everything Nicholas coaxes out of her, knowing there's no future between them?
more
Amazon Other stores
Bookmark  Rate:

'Honeymoon Hideaway' is tagged as: