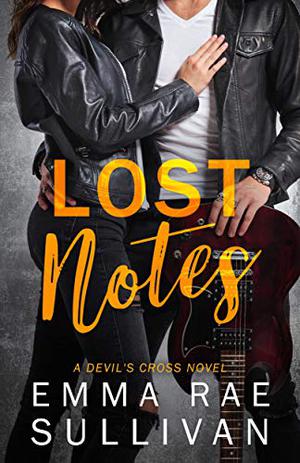 He wants her back. She wants him gone. This love story is about to get Rocked.
Cadeon Cross can have anything he wants in life—almost. His band, Devil’s Cross, is hitting all the right notes and topping the charts. Between the perks of fame and making more money than he could ever spend, Cadeon should be living the dream. The problem is, what he dreams about most is her.

Katerina Troyer is over the man who broke her four years ago. At least that is what she thought…until he suddenly reappears claiming he wants her back. Too bad Katerina has already been down that road and has zero desire to go for another drive down memory lane. It doesn’t matter that his smile still makes her brain go stupid, or that her traitorous heart still beats in time with his. She has no desire to waste her time on love, or on him.

So, what do you get when you mix one stubborn rock star, one sassy woman, and one broken heart? One hell of a ride.

♥Lost Notes is a slow-burn, steamy rock star romance. So hop on, strap in, and enjoy the ride♥
more
Amazon Other stores
Bookmark  Rate: