Honey and Flame (The Masters of Mayfair #3) 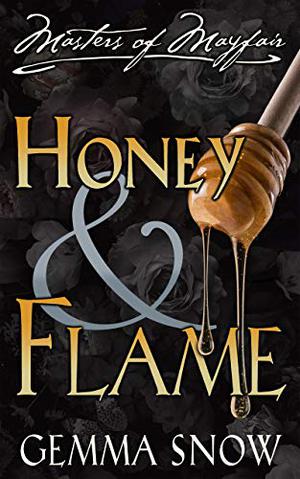 Ever since she was old enough to walk, Marianna Dalton, daughter of the Marquis of Barrington, has been the prime example of prim and proper ladyhood, at her mother’s insistence. That is, until she poured a bowl of clotted cream over the head of a potential suitor, ignored her mother’s lecture on a woman’s role, and decided to be bold.

And there’s no better place to be bold than a country house party.

And no one better to be bold with than Nathaniel Colborne, Earl of Kendall, and her older brother’s best friend. Colborne is a scientist working to develop more effective honey harvesting methods, and he’s not a man to shy away from a hands-on experiment.

Marianna becomes just that experiment, as they share late-night library visits, the ambrosia of sweet honey, and secret books of poetry inspired by Bacchus himself. Colborne tempts, promises, and seduces with his words, until Marianna can think of nothing more than demanding he act on those filthy vows and offer some relief to the elemental need burning hot between them.

But all Marianna wanted was a chance to step outside the world she has always known, and this imagined bacchanal beneath the shadows was never meant to see the light of day. For what’s between them to go any further than scandalous missives and whispered fantasies, Marianna and Nathaniel must be willing to look at the evidence and act upon their findings…before the party ends, the letters burn, and they miss their chance forever.
more
Amazon Other stores
Bookmark  Rate:

'Honey and Flame' is tagged as:

The 'The Masters of Mayfair' series

Similar books to 'Honey and Flame'

Buy 'Honey and Flame' from the following stores: