Dragon's Treat (A Curvy Mate for the Holidays #1) 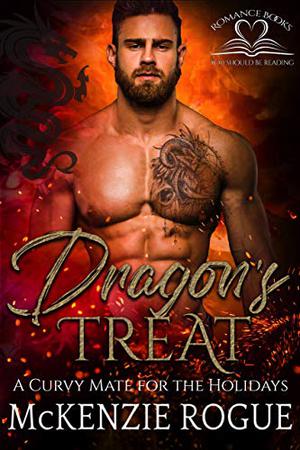 Alexander’s only in Boston for one reason: to find his runaway little brother.

But the clan witch’s premonition doesn’t lead him to his brother. Instead, he finds Myra—a sexy, curvy dragon tamer dressed to kill in her Halloween costume and looking tasty enough to sate even a dragon’s appetite.

Lex doesn’t need his garnet-colored heartstone to tell him what his gut already knows. But the human doesn’t have a heartstone, doesn’t have any clue that dragons really exist, let alone that she’s fated to be mated to one.

On this Halloween night, Lex will stop at nothing to get his treat. And make sure his mate gets hers in return.

This bite-sized romance is packed full of lots of steamy dragon shifter heat and is sure to satisfy even the hungriest trick-or-treaters!

Get it now!
more
Amazon Other stores
Bookmark  Rate:

'Dragon's Treat' is tagged as:

The 'A Curvy Mate for the Holidays' series