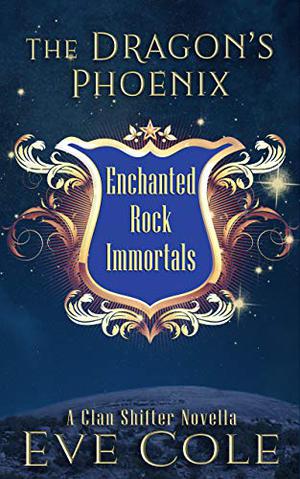 Mating is the last thing on phoenix Cameron Gold’s mind. Clan Shifter’s leader has other things to worry about, like Aerie’s missing children and the dragon shifter who stole them. Determined to rescue the young ones, she won’t let the clan’s disbelief sabotage her efforts. Nothing will stop her, especially not her irritating new shadow, Malcolm Draykon.

Awakened from centuries of sleep, dragon shifter Malcolm Draykon is eager to woo his fated mate, even if she has other plans. He won’t let anything keep him from claiming her—not a dragon gone mad, or a phoenix’s ashes.

Demons and Vampires. Elfs and Fairies. Mages and Witches. Werewolves and Dragons. Psychics and Telekenetics.

These magical beings and more exist, rubbing shoulders in their daily lives with unsuspecting humans. But it doesn’t happen without order. Millenia ago, the clans—Sanguis, Fae, Magic, Shifter and Human Paranormal—wisely formed a Council to maintain that order. The end? To ensure the worlds of human and paranormal beings didn’t collide and break out into a war that would result in the extermination or subjugation of either.

As human civilization progressed, the first council formed the All Clan Charter at the natural vortex in Great Zimbabwe giving each clan a voice in the administration of affairs both between the clans and with humans. Next, Asia formed its council at Chengtu Vortex. Then European at Warel Chakra Vortex. North America came next at the natural vortex humans called Enchanted Rock in what today is known as Texas.

Now, thriving communities of paranormal beings exist in and around the granite outcropping. Humans scrabble over the dome, not suspecting an entire city exists within its confines: the North American Council and all its departments—Legislative, Administrative, Security, Medical, Vortex Transportation, and Legal, plus restaurants, clan hotels, and shops catering to the paranormal crowds.

Also under that dome? Intrigue, politics, and most importantly, love.

These are the stories of The Enchanted Rock Immortals.
more
Amazon Other stores
Bookmark  Rate:

'The Dragon's Phoenix: An Enchanted Rock Immortals Novella' is tagged as:

Buy 'The Dragon's Phoenix: An Enchanted Rock Immortals Novella' from the following stores: