The Cloak's Shadow (The Cloaked #1) 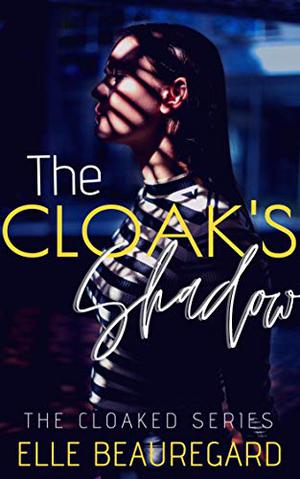 When logical, ambitious Zander left Seattle for her dream job in muggy New Orleans, she left with a fresh new master's degree in-hand, and the memory of her parents' violent divorce behind her. Meeting a hot AF web designer in a vintage band tee was definitely not part of her new-Zander plans, but something about him makes her bend her own rules despite her fears.

All Callum's ever wanted was a reprieve from the ghosts who talk to him day in and day out. When he meets Zander, it’s instant attraction. And when he realizes she’s a Cloak who closes the veil and blocks out the racket of the spirit world—including the evil force called the Shadow that’s been stalking him—he does whatever he can to see her again. But Callum's new-found peace-and-quiet with Zander leads the Shadow to find a new victim: Zander’s younger sister.

Callum must risk his relationship with Zander to tell her the truth: he’s a Medium, and she’s a Cloak--the only one who can stop the Shadow from gaining unhindered access to the living world. But can Zander put aside logic long enough to hear everything Callum is trying to tell her, let alone believe it?
more
Amazon Other stores
Bookmark  Rate:

'The Cloak's Shadow' is tagged as:

The 'The Cloaked' series

Similar books to 'The Cloak's Shadow'

All books by Elle Beauregard  ❯

Buy 'The Cloak's Shadow' from the following stores: