Possession on the First (An Obscure Magic #10) 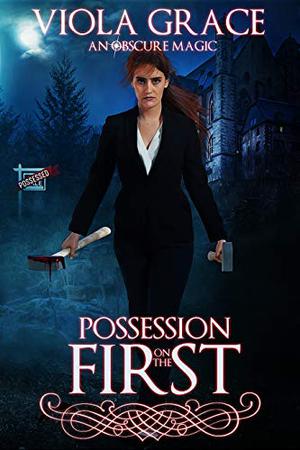 A new job selling the most haunted property in town leads to a possession, then another, and finally, it is time to put the hammer down.

Hannah has always stuck out in her family. The carrier of a recessive skin tone, she knows a little magic, knows a lot about construction, and is happy to have found a new career to focus on, just like everyone else in the family.

On the day that she got the listing for the most haunted house in town with murders like clockwork every twenty-five years, she accidentally triggers the house’s most recent victim. Five years earlier, an XIA agent had been investigating the house, and he had fallen into a coma. On her first day, something lodged inside Hannah’s brain.

With no other option, she calls a spectral consultant, and the woman and her tiny cat identify the person who is hitchhiking behind her eyes. A portion of the XIA agent’s spirit has gotten stuck in Hannah’s, and he is using her to power his return to consciousness. She has to get him out.

Going back alone is stupid, but she doesn’t feel she has another choice. She doesn’t want to involve her family, and the XIA can’t help because no crime had been committed in the last five years.

She gets the agent out of her head, gets the attention of the ancient entity that craves blood, and finds herself in a fight for her life with unexpected allies and one persistent dark elf who will not leave her side. According to her mother, she could do far worse.
more
Amazon Other stores
Bookmark  Rate:

'Possession on the First' is tagged as:

The 'An Obscure Magic' series

Similar books to 'Possession on the First'

Buy 'Possession on the First' from the following stores: