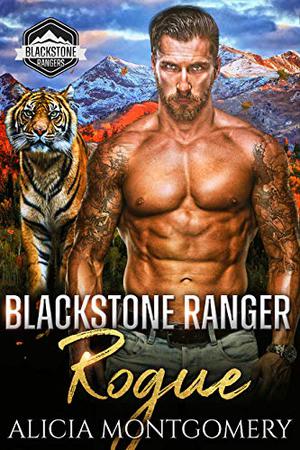 The one she’s been searching for

Darcey Wednesday’s been looking for love her entire life, with not much luck. Every guy she kisses turns out to be a frog, and not her Prince Charming. But she and her inner swan know that there’s someone out there for them. When her sister’s wedding brings her to the shifter town of Blackstone, she runs into her fated mate, forest ranger Anders Stevens. But when he rejects her, she decides she’s done looking for love. No more kissing frogs, no more chasing after unavailable men--she’s keeping her heart locked in a cage from now on.

The one he’s been hiding from

Tiger shifter Anders Stevens knows fated mates exist--and that’s the problem. Mates were nothing but heartache, so he carefully crafted his status as the town womanizer, playboy, and all out tomcat, never letting anyone close enough to see beyond the surface. So when his tiger declares that Darcey Wednesday is his mate, he knows he has to do everything in his power to repel her so she never gets the chance to see past his roguish reputation.

But fate refuses to be thwarted, and the more he resists her, the more his desire for her grows and he finds he can’t stay away. And as Darcey starts seeing the real Anders, she’s finding it harder and harder to keep her emotions in check and her heart locked up.

Will these two lost souls continue to fight to protect their hearts or will they succumb to what fate has brought them?


Find out by downloading this sizzling, romantic paranormal shifter romance!