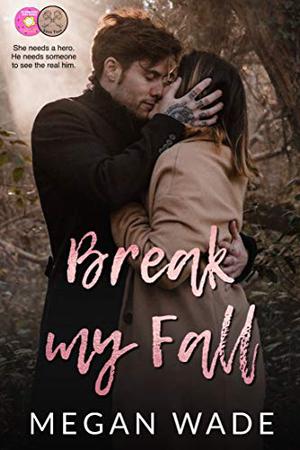 He wanted to come home. She wished he’d never left.

Tyler
Going back is never easy. Especially when the night you left is also the night the girl of your dreams said she loved you.
I wasn't enough for her back then. I wasn't enough for me either.
Avery and I were just kids, and I had dreams that were bigger than Oakwood falls could provide.
Not to mention, she was my best friend’s kid sister. She was off-limits then. A decade later, she's probably still off-limits. But this time, I don’t care. I won't let anything stop me.
I've come back to make Avery Roberts mine.

Avery
He broke my heart. I handed it to him on a silver platter and instead of taking care of it, he stomped it into the ground and didn't look back at the mess he made.
A whole decade has passed since that night, and I’ve grown up. I'd like to say I don't think of him, but that would be a lie. I think about him all the time. I think about him so much that when I see him again, I don't quite trust my eyes. I've seen him in the faces of strangers so many times that it's hard for me to recognize him in the flesh. But he's here. He's back. And I’m…angry.
He says he came back for me. Question is, am I still the girl he left behind?
I won't let him break my heart again.

Mother Nature has other ideas for these star-crossed lovers. When the rotting floor of an old cabin gives way and traps them together in an old cellar, they’re LOVE TRAPPED. They have no choice but to confront their past, and possibly discover their future…

'Break My Fall: Love Trap Collaboration' is tagged as:

All books by Megan Wade  ❯