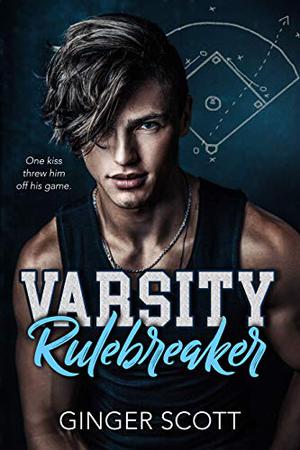 Hollis Taylor is allowed to break the rules. She’s coach’s little girl. And she’s good. If that means she gets to bump one of the guys for the starting catcher’s job on the Public High baseball team, then the others on the squad better suck it up and deal.

But breaking rules has taken Cannon Jennings far in life. One of the nation’s top pitching prospects, he came here to throw to his cousin and show college recruiters everything he could do on the mound. Taking his signs from a girl was not part of his blueprint, especially one that screwed over his favorite relative and best friend.

Too bad he broke the biggest rule of all before he knew exactly who she was.

It was just a New Year’s kiss. Totally forgettable. Especially under the circumstances.

So why can’t he stop thinking about it?
more
Amazon Other stores
Bookmark  Rate:

'Varsity Rulebreaker' is tagged as: