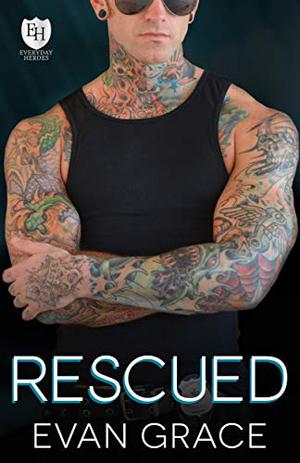 After spending the last few years globtrotting for her travel vlog, Gwen Malone has finally decided to come home to Sunnyville, California. Her plan was to spend time with her family and friends, and decide where to go next.

The last thing she expected was to be attracted to the tattooed police officer, Maverick Graves. At her welcome home party her sister and best friend warn her to stay away, that he’s a player and commitmentphobic. That was the plan except she saw him everywhere — sometimes with other women. That only solidified that Gwen needed to avoid him.

To Maverick, Gwen was untouchable. Yes, she was gorgeous, he was very interested, but she was his boss’s daughter and he wasn’t going to go there no matter how much he wanted to.

A simple favor for her dad and she was in a van with him driving along the coast. When an accident traps them together things get real, quick. When they’re finally rescued they can’t seem to stay apart, no matter how hard they try.

Things can change in an instant — will they both give in to what they really want? Or deny their true feelings, losing the other forever.
more
Amazon Other stores
Bookmark  Rate: