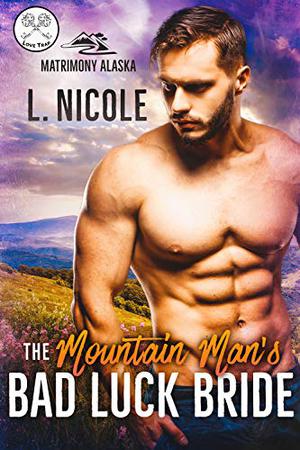 It started on a dare.
And this mountain man might just lose his heart in the deal.

Birk Lancaster, moved to the small town of Matrimony, Alaska to live the life he had always dreamed of.
He wanted to commune with nature, raise a family and build a good life.
But, it’s a longstanding joke that there are no women in Matrimony for a man to hook up with—let alone marry.
Then, Agnes Hughes blows into town.
She’s thick and curvy, with flaming red hair that caught Birk’s attention from the beginning.
She’s also a walking train wreck.
Everything she touches seems to fall apart. Plus, she’s only stranded in Matrimony. She’s not here to stay.
When Birk’s buddies dare him to make Agnes his bride, he thinks they’re crazy.
Agnes with the curves for miles, goofy glasses and shy glances is nothing but chaos.
Heck, she’ll burn his whole mountain down in a week. There’s no way it would work.
But then, Birk makes a fatal mistake.
He kisses her.

Welcome back into the world of mountain men! I’m bringing you a brand-new series of sexy, swoon-worthy men from the wilds of Matrimony, Alaska. When these men go searching for a bride, they find a lot more than they bargained for. These books are heaped full of Alpha-mountain-man-goodness, heroines that give them fits, and enough heat to melt the snow at the North Pole. But, hey that’s okay. My mountain men come equipped with their own poles and they’re a lot more fun.
more
Amazon Other stores
Bookmark  Rate:

Heated
Heated
(It's Getting Hot In Here #2)

All books by L. Nicole  ❯