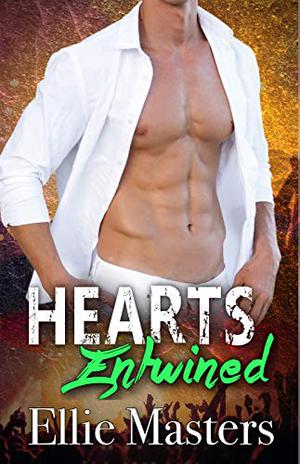 Noodles, keyboardist for the mega rock band Angel Fire, feels like he’s spinning his wheels. Nearly thirty, he’s doing exactly what he did at sixteen: hanging out, playing in a rock band, and carving gnarly waves in his free time. A beach bum turned rockstar, his life should be great, but he feels stuck. Does he really want to be playing in a band when he's in his fifties? His sixties? And while the parties and easy sex are nothing to complain about, he’s not satisfied.

It’s worse than that.

Mitzy is finally living her perfect life. Her skills as a hacker, and computer specialist, are finally being noticed. Hired on as the head of intelligence at Guardian Hostage Rescue Specialists, she may not be the sharp pointy tip of the spear, but her intel saves lives. Best part? She’s crashing at her boss and best friend's place. Insanity happens to be home to the mega rock band, Angel Fire, five hot as sin rockstars. So. there's no hurry to find her own place, right? But she’s a geeky nerd, and invisible to the band, especially Noodles, a sun-kissed god of a man. Nothing infuriates her more than being invisible.

But it gets worse.

One moment of distraction nearly costs her life. A rogue wave sweeps her off her feet and tosses her into treacherous surf. Noodles, the self-centered rockstar, drags her to safety on the back of his surfboard. He’s sexy, confident, and infuriating with his zen-esque approach to life. He says she’s an uptight nerd and needs to chill. And he’s making it his life mission to get her to slow down and relax. He says it payback for saving her life. She's not happy about owing that cocky bastard anything.

The more she pushes him away, the more he works his way into her life. First, he won’t speak to her. Now she can’t get rid of him? Life shouldn’t be this complicated. But maybe he’s right. Perhaps a wild fling is precisely what she needs to loosen up. But can she risk taking a chance on a rockstar? Or will Noodles’ reputation with the ladies doom her to heartbreak?

Hearts Entwined is a Steamy, Rockstar Contemporary Romance, book 5 in the Angel Fire series of cocky rockstars. Noodles will tug at your heartstrings and have your heart racing. He's arrogant and met his match with the smart, feisty computer hacker who steals his heart. Get your copy today and let the binge-reading begin.
more
Amazon Other stores
Bookmark  Rate:

'Hearts Entwined: a Sizzling Rock Star Romance' is tagged as:

All books by Ellie Masters  ❯