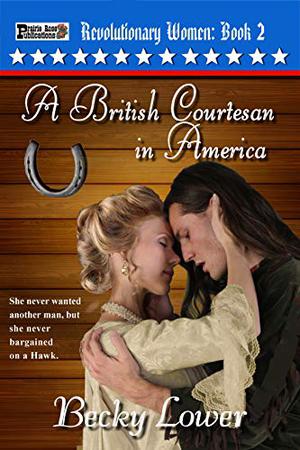 She is running from her past life as London’s most prized mistress.

When beautiful Fancy Booker’s last benefactor leaves her his fortune, she sails for the new country of America. Giving herself the name Liberty Wexford, she hopes to set a new course for her life—alone.  The last thing she needs is another man in her life.

He has no time for a woman, since the Revolutionary War is a jealous mistress.

Hawk Gentry has two guiding principles. First, as a Son of Liberty, he must be cautious of others, especially anyone British. Second, as a child, he and his Passamaquoddy Indian mother were left alone while his French father trapped or fought wars. He vows never to do the same to any woman he loves, and the family they may have.

Will the war unite or divide them?

When Liberty and Hawk run into each other on the unruly streets of Boston, they begin a tentative friendship. Even though neither wants romance, the sparks fly between them from the moment they meet.

As their relationship blossoms, their pasts rise up to haunt them. Will Liberty and Hawk overcome the obstacles that seem certain to force them apart? With the Revolutionary War beginning, can love hold the hearts of a Hawk and A BRITISH COURTESAN IN AMERICA?

'A British Courtesan in America' is tagged as:

Similar books to 'A British Courtesan in America'

More books like 'A British Courtesan in America'   ❯

Buy 'A British Courtesan in America' from the following stores: