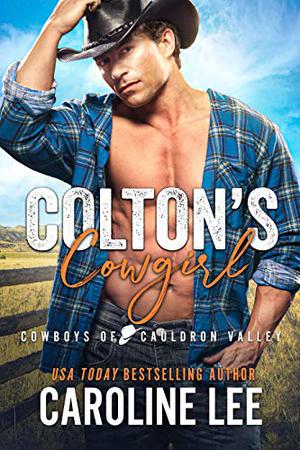 Newly returned from his third deployment, Colton Colmenares is determined to build his ranch into a success, even if it means taking a temporary job to earn a nest egg. He just didn’t count on being bowled over by his coworker: a prickly, standoffish cowgirl, who just doesn’t seem to like him or his dog, no matter how nice they both are.

Anna Alcatraz learned long ago she can’t trust big men—or big dogs either, for that matter. And not only is Colt twice her size, but he’s got a pet who could bite her in half if it wanted to. How is a woman of her stature supposed to protect herself against someone like Colt or his four-legged beast, if one or the other of them ever decided to hurt her? Nope, she doesn’t want anything to do with either of them.

But if that’s true, then why does her heart—and her body—keep telling a different tale? And why does she get the feeling that, despite his size, she might be able to perhaps, maybe—possibly—trust him?

He might be a good man, but is Colt big enough to protect her when he finds out the truth about her past?
more
Amazon Other stores
Bookmark  Rate:

'Colton's Cowgirl' is tagged as:

The 'Cowboys of Cauldron Valley' series

All books by Caroline Lee  ❯