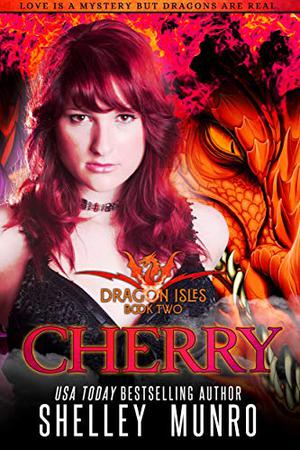 Love is a mystery, but dragons are real.

Cherry is gutted when her friend Liza disappears, presumed drowned. She has no time to mourn, however, since she must keep Liza’s daughter safe from Liza’s ex. Cherry sneaks away to Holy Island, where she meets a big, sexy, tattooed man washed up on the beach. A big, sexy, deluded man since he insists he’s a dragon.

Accused of a crime he didn’t commit, Martinos has escaped the dungeon only to wash up on the mainland. Returning to the Dragon Isles is not his most immediate problem, though, since his dragon is bound, and he cannot shift.

Unlucky in love, Cherry is surprised when Martinos returns her growing lust and camaraderie. While the man has a flawed mind, he’s excellent with Liza’s daughter and not one of Cherry’s internal alarms ping. With Martinos, her life is stimulating, and she’s falling for him. Then, everything she thought she understood about dragons pops like a balloon, and her real adventure begins.

You will love this second book in the Dragon Isles trilogy because it introduces a courageous and curvy human, a sexy dragon suffering through hell through no fault of his own, and an unfamiliar world full of mystery, magic, and mayhem. Plus one or two dragon-caused incidents when tempers race out of control.
more
Amazon Other stores
Bookmark  Rate:

'Cherry' is tagged as:

Buy 'Cherry' from the following stores: